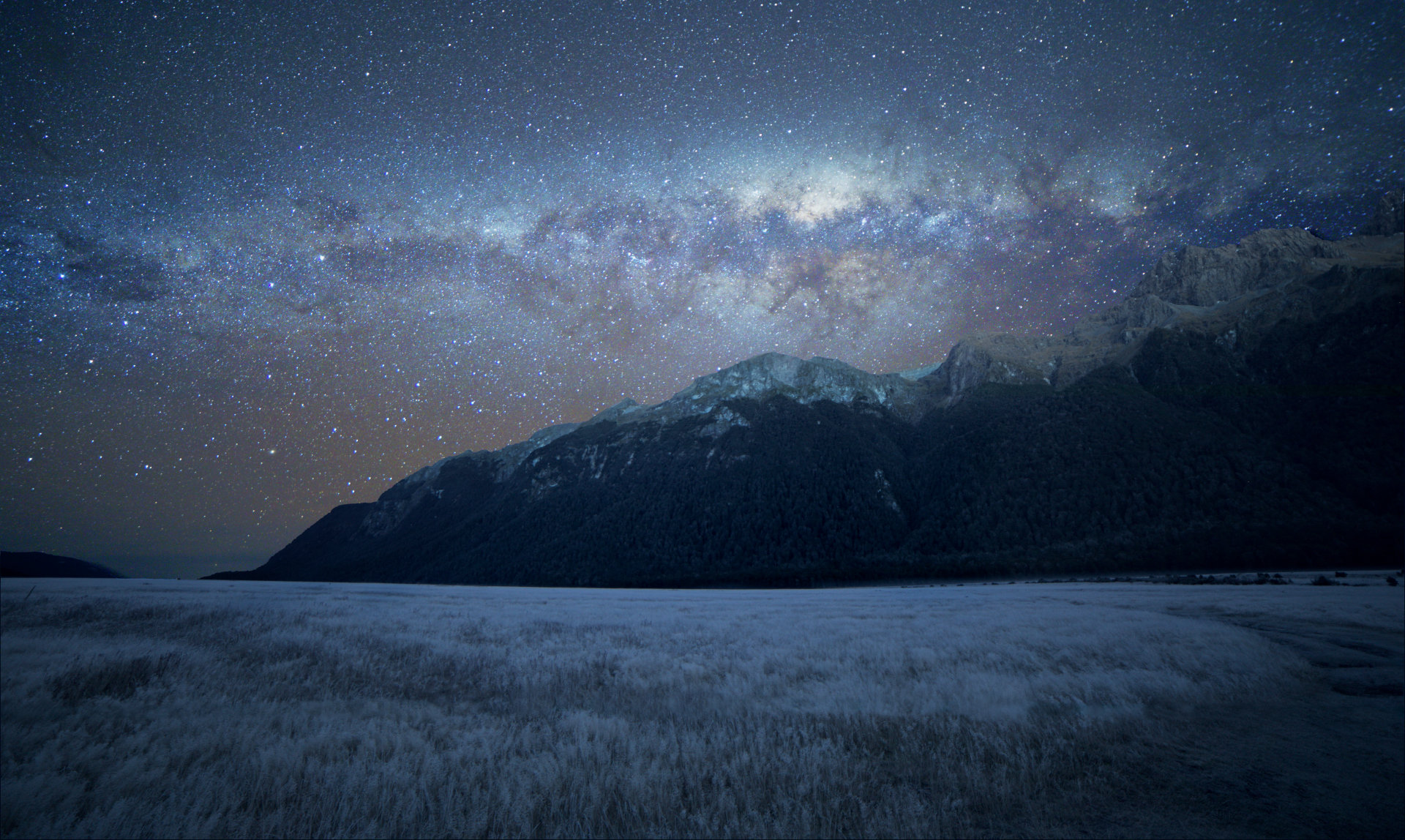 Lock down was finally over and I was off. I didn’t have a plan as such but the milky way would be flat on the horizon at around 4:30 am. All I needed was a foreground and a clear sky.
I headed for Wanaka not only because of it’s natural beauty but also to visit my mum.
Just past Roxbourgh a fog layer appeared. It was an inversion layer that ran from Alexandra all the way to Wanaka. It lasted for days.
No sun, moon, no stars, just cold.
I did get to see my mum though and the next time I saw the sky was on the Crown Range over looking Queenstown.

Next morning I drove towards Te Anau, the air was so crisp and clear.

A quick stop at the Wilderness Scientific Reserve to get this shot of Mt Titiroa.

I could see the inversion layer was also sitting over Lake Te Anau, I made the decision to head towards Milford Sound.

I finally found my foreground just off a long straight on the way to Milford.

Man it was cold

Photographing the Milky Way and observing the night sky, in general, may soon be a little easier as people in New Zealand become more aware of the importance of dark sky areas. The Aoraki Mackenzie International Dark Sky Reserve is a great example of what can be done when people work together.

I’ve made a small video of the trip…